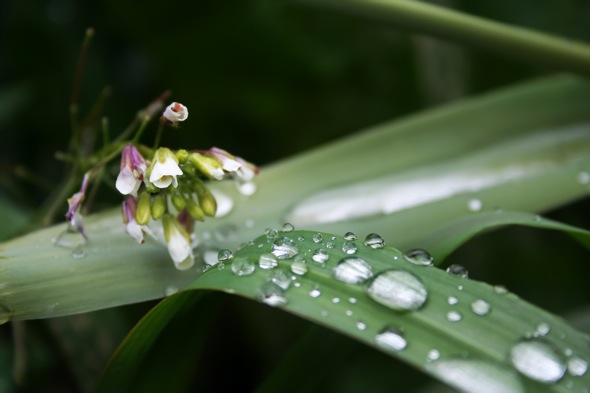 …that is exactly 74ºF at noon with partial sun from 1 pm–2:05:47 pm and a temperature drop to 72º after 4:16 pm. Do you save things that are “special,” planning to use them when just the right opportunity comes along? Especially things that have “unspecial” versions that you use more often? I do. Or, did. No, still do. But, it’s one of those things that I’m working on as part of the decluttering process, because when it comes down to it, those things are both physical and mental clutter.

For many years—as long as I can remember, actually—I’ve had the hoarding-lite habit of saving certain items that I really like with the idea that they’re too good for every day use, so I keep them for a “special day,” whatever that is. Like, the beautiful correspondence paper that my host family in Japan gave me; I’ve only used it for one or two seemingly special letters. In college, I’d save the last application or two of my rare bottle of Aveeno lotion for months while I used cheaper stuff. I’d save certain blank paper stock for just the case when I needed to print on that type of fancy media. The list goes on.

I realized that my reasons for doing this often fell under the same few reasons, over and over again.

Scarcity
If I use it now, I won’t be able to get the same thing in the future. The great thing about our consumerist world is that there are billions of products. Millions of these products are almost exactly like at least one other product, except for perhaps packaging or name. Even if you’re am unable to find that exact product in the future, surely you can find a similar—and probably better—one. But what if…? No, there are no what ifs in a decluttered, happy life.

The wonderful thing about the Internet is you can find almost anything for sale. Even if you live in the middle of nowhere, as long as you can receive mail, you can buy things. So, that beautiful Japanese paper isn’t really that scarce after all.

Cost
This is expensive, and I can’t afford to buy it all the time, so I just use it for special occasions. Part of being decluttered and happy is being smart with money. You need money to buy stuff, and when you aren’t buying random stuff, you have more money to spend on other stuff. Take that Aveeno lotion that I hoarded in college. Yes, it’s more expensive than some other types, but it does work better for my skin. But so does the similar formula store brand (see Scarcity). If you can’t afford the nice version, see if the cheaper version is just as good. A lot of times it is. Then maybe you don’t need the more expensive version.

Of course, the cheaper version might not even matter, because if you’re being financially smart, maybe you can afford the expensive version all the time, or even half the time. And if you’re not hoarding it, you are using it all, meaning you’re buying that type of product less often. Unused product socked away means you’re spending more money buying stuff you don’t actually need. (Or shop smart and use coupons when all else fails.)

So, for the optimists in the crowd: why are you saving it? Every day can be a special day.

For the pessimists: why are you saving it? There might never be a special day.

For the realists out there: why are you saving it? It’s just taking up space and isn’t really all that special anyway.

I’m making progress. For instance, Carl’s awesome cousin gave me this amazing bath salt and lotion set last Christmas. Rather than saving it for a day that was “special,” I used it almost every day until I ran out. I was happy when I used it, not regretful. Of course, the empty bottle sat around cluttering up the bathroom for a while because I kept wanting to look up how to get more. Then I took a picture of the label (digital clutter, but less than physical) and threw out the bottle. That also made me happy, because I had less clutter. Now I just need to figure out how to buy more of it (it’s a local that produces it near his cousin, I think. I’ll follow up with her when we visit for Thanksgiving).

So, my friends who share this problem, I bestow on you this task: go use something special today. Then, come tell us about how happy it makes you, and how relieved you are that it’s been put to good use, and how it decluttered your life. And work on it every day until you break the habit, just like I’m trying to do.