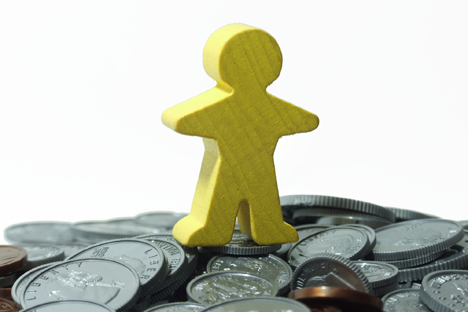 …well, kind of, sort of. On Dec. 17, Congress agreed to extend many of the Bush-era tax cuts, which is generally pretty awesome in the more-money-in-my-pocket way but not so much in the holy-staggering-national-debt-increase-Batman! way. In addition to the extensions is what I’ll call Making Work Pay 2.0 (officially the Tax Relief Act)—a employee payroll tax decrease.

So, that begs the question: what are you going to do with it?

I’ve already made my decision—it’s going straight into my retirement account. I figure I might as well save for my own retirement while I’m getting a reprieve from paying for someone else’s. The proper paperwork has been signed, sealed and delivered. I waffled about this or paying off debt faster, but I’ll have my over-5%-interest consumer debt all taken care of by the end of January, and I expect that my retirement returns will be higher than that in the long run. It just makes financial sense. After all, thanks to compounding interest, your early 20s is a great time to start saving for retirement.

One note of import: since it’s all very last minute, your employer has until Jan. 31 to fix their payroll system so that the money goes in your check instead of to the government. This means you may not see an increase until February. Then, your employer has until Mar. 31 to give you whatever they owe you from not having the system set up correctly in January.