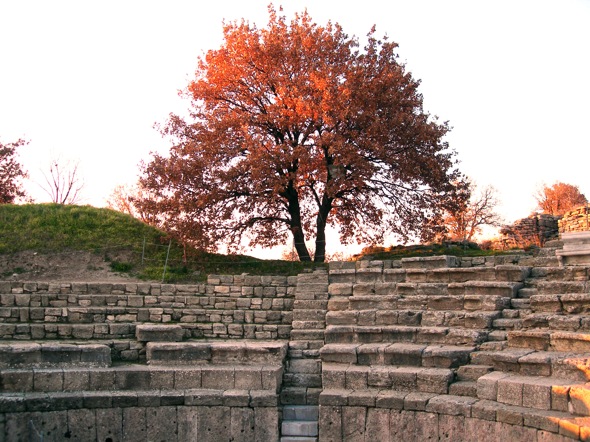 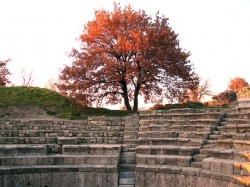 I’m not really a theatre nerd, but I am a bit of a history and language nerd even if I have very little background in either. And like any liberal arts-studied lady, I do have an appreciation for The Bard. So, I am totally in nerd lust with the University of Kansas right now*. Why? They’re putting on a production of A Midsummer Night’s Dream in the original pronunciation (or as near as we can glean it sounded based on research of dialects and rhyming schemes). This is the first production of its kind in America, and only the fourth modern one ever.

How different is it from modern pronunciation? Well, that depends on what English you speak.

“The audience will hear rough and surprisingly vernacular diction, they will hear echoes of Irish, New England and Cockney that survive to this day as ‘dialect fossils.’ And they will be delighted by how very understandable the language is, despite the intervening centuries.”

The production is going on during November, so I’m sad that I can’t see it, but evidently they plan on recording it in radio-drama form that will be available online in the future. Here’s a little preview to get your blood rushing:

For the super-nerds out there (like me), Professor Meier has provided a free e-book with links to sound files that explain the pronunciation differences. And if you are in the Kansas City/Lawrence area, lucky you!

Thanks to The History Blog and Jason Kottke for the heads up.

* For those of you outside of the Kansas/Missouri area, this is just a warning that said lust could get me disowned from my family. See, despite the civil war having ended almost 150 years ago, the border war is very much alive in MO-KAN: the border war between KU and MU, that is (and K State when they’re feeling feisty). I’m pretty “meh” about it all, seeing as I went to some hoity-toity lib arts college up here in NY, but since most my family is from the Missouri side of Kansas City, I’m expected to be a die-hard Mizzou fan. But MU is going to have to step up their seduction if they want to keep me, is all I’m saying. My grandpa was a K State alum and my sister is currently an MU student—well, MU’s redheaded step-child down in Rolla, MO—so in theory I should have a deeply ingrained dislike for KU. My bad.